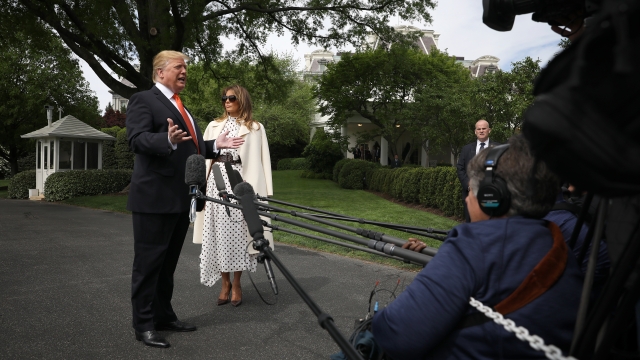 President Donald Trump weighed in on the impeachment talk that's been swirling on Capitol Hill, and he revealed what his defense strategy might look like.

On Wednesday morning, he tweeted, "I DID NOTHING WRONG. If the partisan Dems ever tried to Impeach, I would first head to the U.S. Supreme Court. Not only are there no 'High Crimes and Misdemeanors,' there are no Crimes by me at all."

First it's important to know there's no clear definition of "high crimes and misdemeanors." Bad judgment or unethical actions could qualify as impeachable offenses, even if they don't qualify as criminal conduct.

Secondly, impeachment proceedings happen in Congress, not in the court system. The House of Representatives initiates impeachment investigations, and the Senate plays the role of judge and jury. The one exception to that is in the case of a presidential impeachment, where the Chief Justice of the Supreme Court presides over the Senate trial.

Multiple legal experts have said it's unlikely the Supreme Court would intervene in the impeachment process. And the court has previously ruled that the power to oversee impeachment trials lies with the Senate and "nowhere else."