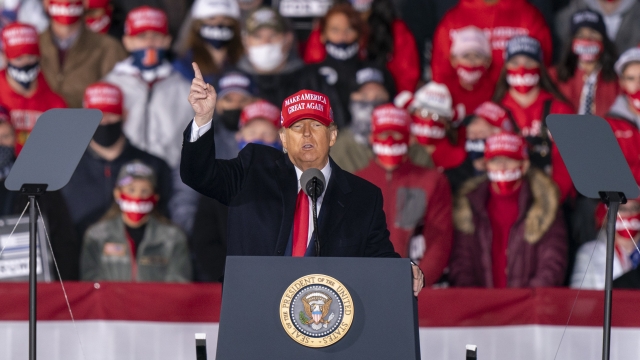 SMS
President Trump: Biden Will Listen To Scientists
By Simon Kaufman
By Simon Kaufman
October 19, 2020
The president said the country would be in a"massive depression" if he "totally" listened to scientists.
SHOW TRANSCRIPT

President Trump spoke about the pandemic over the weekend and criticized Joe Biden for listening too closely to scientists.

But some of President Trump's own advisers have said the president should have taken more advice from the scientific community in the early days of the virus.

The numbers from the U.S. Labor Department show the economy added 661,000 jobs in September and the unemployment rate dropped below 8 percent.

But weekly jobless claims continue to show Americans are hurting.