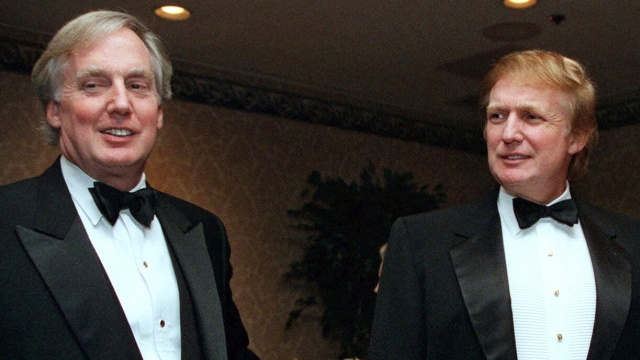 He had reportedly been sick for several months, but details on his illness have not been released.

The president had visited his 71-year-old brother in a Manhattan hospital on Friday. In a statement, the president announced the news with, quote, "a heavy heart." He described Robert as "not just my brother, he was my best friend," adding, "He will be greatly missed, but we will meet again. His memory will live on in my heart forever."

Robert Trump began his career as a Wall Street executive before eventually working for the family real estate business as a developer.

Most recently, he was in the news after he filed an unsuccessful lawsuit to prevent the publication of a tell-all book about the Trump family — written by his niece, Mary. The youngest of five children, Robert was estranged from his famous brother for years after clashing with him over the trouble-plagued opening of a Trump casino in Atlantic City. But the two became close again when Donald Trump ran for president.

In addition to the president, Robert Trump is survived by his wife Ann Marie Pallan and his sisters Elizabeth Trump Grau and Maryanne Trump Barry.