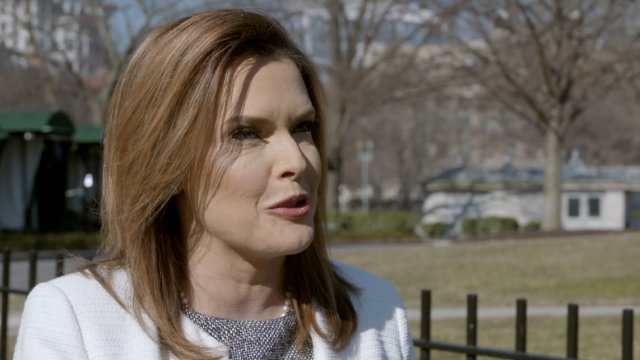 President Trump will deliver his State of the Union address later today, one week after it was delayed due to the shutdown over the border wall.

As usual, the president will talk about a variety of issues, with a big focus this time on immigration policy. It’s likely to be a main part of his speech, especially as both sides of the aisle work against the clock to avoid another partial shutdown.

Mercedes Schlapp, White House Director of Strategic Communications, told Newsy that the president is keeping all options on the table to get a wall and previewed what he plans to say to Congress.

"The president will be talking about what we’ve seen are the negative effects of not having a secure border and the willingness, as he has done for many weeks, of trying to work with Democrats to get a deal where we secure border and making sure that includes a physical barrier," Schlapp said.

But that's just one part. There’s much more ground to cover, like trade and the American workers that were hit by tariffs in the past year. President Trump is also expected to address infrastructure, health care, and national security, according to a senior administration official that briefed reporters.

After his speech ends, the Democratic response will be delivered by Stacey Abrams. Although she lost the race for Georgia governor in the 2018 midterms, Abrams is open to running for elected office again, which some suspect could come as soon as next year against U.S. Sen. David Perdue.

This will be President Trump’s second State of the Union address, but unlike the first time will happen in front of a Democratic-controlled House.