President Trump's Name Will Be Printed On Coronavirus Stimulus Checks 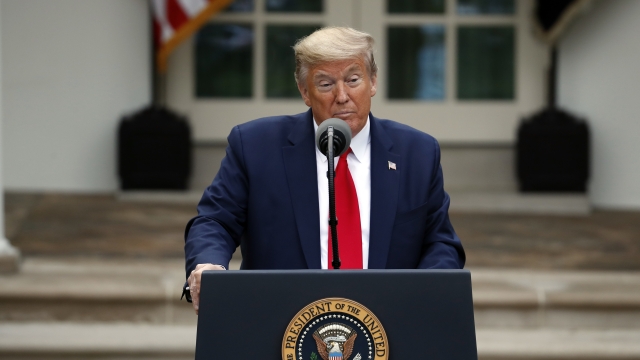 The Treasury Department ordered President Donald Trump's name be printed on the millions of coronavirus stimulus checks being sent to Americans.

That's according to The Washington Post, which said the president's full name will be printed on the memo line of each check.

The payments are part of the $2.2 trillion coronavirus relief package passed by Congress in late March.

Individuals who make $75,000 per year or less will receive a one-time direct payment of  $1,200. Married couples who make less than $150,00 will get $2,400. Those who earn more annually will receive a lesser payment. Eligible households will also receive a $500 add-on for every child.

The IRS already started direct-depositing some of the payments into taxpayers' bank accounts. But taxpayers who did not authorize direct deposit when filing their 2018 or 2019 federal tax returns will receive their stimulus payment as a check in the mail.

This marks the first time a president's name will appear on an IRS check.

Still, some Americans might not receive their checks until September, since the IRS can only print as many as 5 million checks per week.