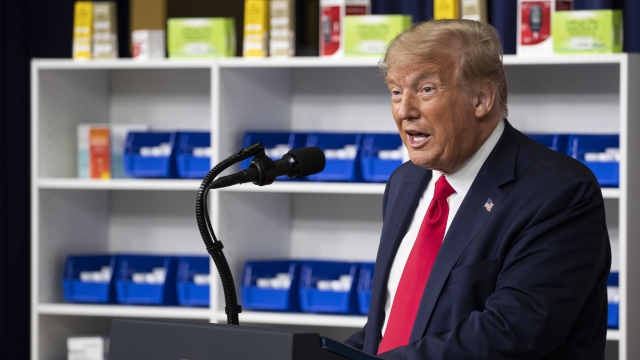 President Donald Trump's Tuesday meeting with with top pharmaceutical executives has been canceled.

Politico reports the meeting over recent executive orders was called off because major drug lobbies refused to send any members.

The president signed a "most-favored nation" order last week. It's designed to lower prices on prescription drugs for Americans by requiring Medicare to pay the same for certain drugs as whichever foreign government gets them cheapest. Critics, including drugmakers and some patient groups, say the rule would limit innovation and access to drugs.

According to three sources who spoke to Politico, PhRMA and BIO did not send representatives because they weren't sure if the provision would be introduced or what it might entail. Several pharmaceutical companies reportedly believed the rule was dropped.

President Trump has said drugmakers have a month to come up with a better plan. It's unclear if a new meeting date has been set yet.