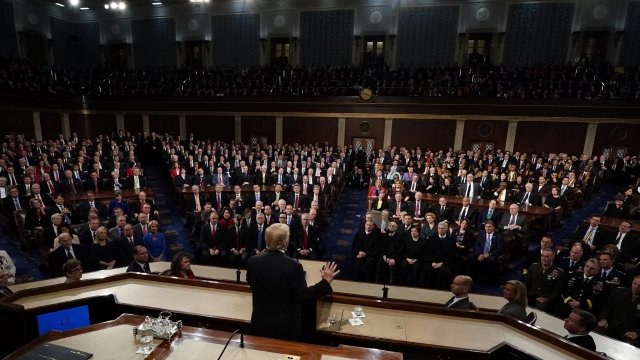 "Let us come together, set politics aside and finally get the job done," President Donald Trump said during his State of the Union address Tuesday.

Trump's address covered the usual laundry list of issues. But there was one huge topic that everyone was waiting for with bated breath: immigration.

Trump outlined his major points for immigration reform and border security, an energizing force for his supporters since day one.

"Here are the four pillars of our plan," Trump said.

First up: The president wants to cement protections for DACA recipients. But instead of the 800,000 number that's been thrown around a lot, the president's plan would give 1.8 million DACA-eligible immigrants a path to citizenship. 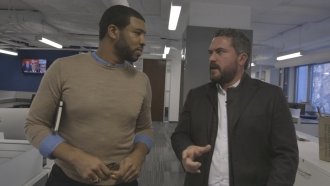 "Those who meet education and work requirements and show good moral character will be able to become full citizens of the United States," Trump said.

The second pillar focuses on border security. The president is asking for a lot here, including a $25 billion trust fund for the border wall "system," reforms to the immigration courts and the hiring of new law enforcement folks to handle the immigration system's legal process.

The president also wants to get rid of the Diversity Immigrant Visa program, also known as the visa lottery, and to limit family sponsorships to just spouses and kids, which would change the scope of the family unification immigration policy currently in place.

We've heard those four pillars come from the White House before, but this is essentially the first time the president himself has made his plan clear.

Now come two big questions. First, can a deal be brokered in the Senate? An immigration dispute has already shut the government down once, and if both sides don't make concessions, nothing is getting done.

And the second: Can the president sell it to his base? The sticking point may be the path to immigration for 1.8 million people. But according to a Politico poll, about two-thirds of Trump voters think DACA recipients should be allowed to stay in the U.S.