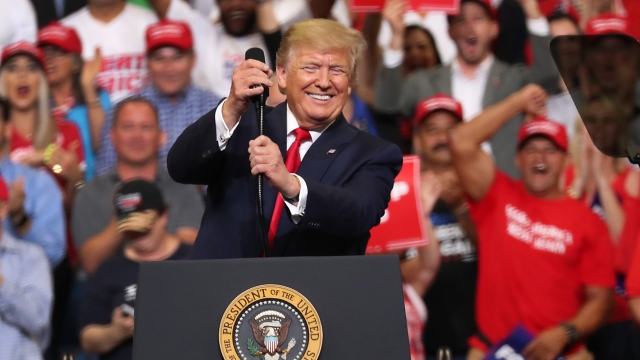 President Donald Trump's reelection campaign and the Republican National Committee announced they have raised a record-breaking $105 million in the second quarter of 2019.

According to a press release from the R.N.C. on Tuesday, President Trump and his committees raised $54 million, while the R.N.C. nearly matched that figure with $51 million. This is in addition to the $100 million in cash they already have on deck for the president's reelection efforts. For comparison, former President Barack Obama’s reelection team and the Democratic National Committee managed to raise $86 million at this point in 2011.

The second-quarter fundraising haul isn't too surprising given that the president's campaign and affiliated committees raised an astounding $24.8 million on the day of his official reelection announcement in Orlando last month. A formal report on President Trump's campaign finances for the quarter, including a full list of donors must be filed with the Federal Election Committee on July 15.