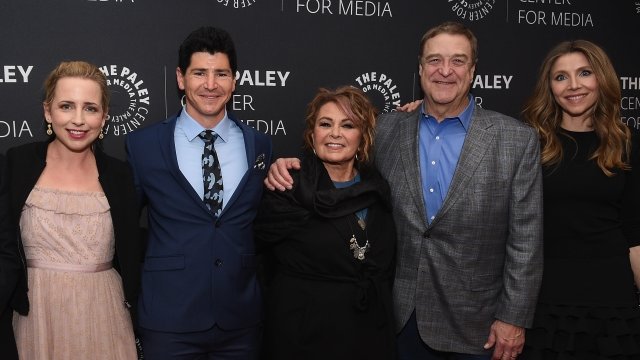 President Donald Trump responded to the cancellation of ABC's "Roseanne" on Wednesday, but he didn't address Roseanne Barr's comments.

Trump tweeted: "Gee, he never called President Donald J. Trump to apologize for the HORRIBLE statements made and said about me on ABC. Maybe I just didn't get the call?"

Valerie Jarrett, an African-American former adviser to President Barack Obama, told MSNBC that Iger called her to denounce a racist tweet Barr posted about her on Tuesday. That tweet was the reason the show was canceled.

Trump and Barr are longtime supporters of one another. He called Barr to congratulate her on the show's reboot shortly after it premiered, so some wondered if he would comment on its end.

The fact that Trump didn't specifically condemn Barr's tweet has drawn parallels by CNBC to his likening of white supremacists in Charlottesville, Virginia, to those protesting against them.