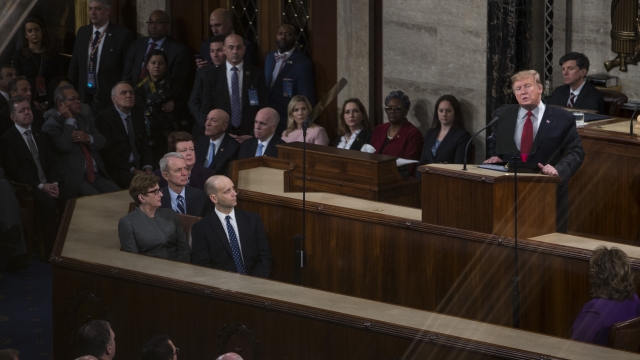 The State of the Union is a chance for the president to lay out his agenda, and this year President Donald Trump decided to include a controversial policy issue.

"I am asking Congress to pass legislation to prohibit the late-term abortion of children who can feel pain in the mother’s womb," Trump said.

This is the first time President Trump has mentioned abortion during a joint address to Congress.

The current nationwide regulations are set largely by two Supreme Court rulings — Roe v. Wade and Planned Parenthood v. Casey. Those opinions guarantee women access to the procedure without "undue burden" as long as it's before the fetus can survive outside the womb or if the woman's life is in jeopardy.

Laws restricting abortions after a certain number of weeks, like President Trump suggested, are typically established by each state. For example, Iowa passed what was called the most restrictive abortion law in the country. It banned the procedure after a heartbeat is detected, which is typically around six weeks. But that law was struck down by the courts.

But President Trump's desire to push through a federal abortion limit likely faces an uphill battle since Democrats control the House of Representatives.