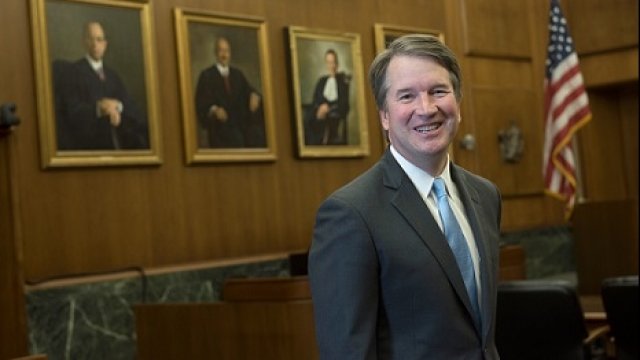 This is the second time President Trump has nominated a justice to the Supreme Court.

U.S. Court of Appeals for the District of Columbia Circuit

Kavanaugh has been a judge on the U.S. Court of Appeals in Washington, D.C., since 2006. Before that, he spent time working in the White House Counsel's Office and the Solicitor General's Office. The 53-year-old also served as a law clerk for Justice Anthony Kennedy.

This is Trump's second pick for the nation's highest court. Shortly after taking office, he nominated Neil Gorsuch, who was confirmed by the Senate a few months later.

This nomination now sets up a confirmation battle in the U.S. Senate.