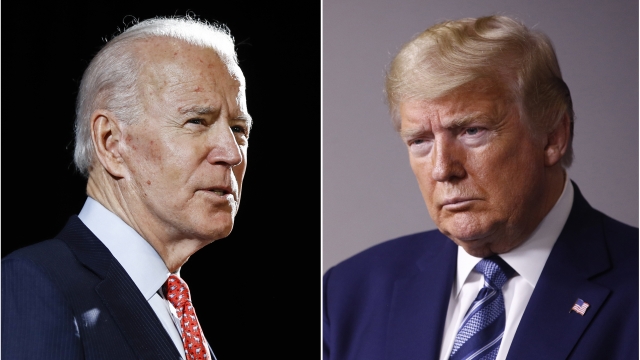 According to new data released by the Wesleyan Media Project, which tracks political advertisement spending, during the seven-week period from May 11 to June 28, Joe Biden spent over $3 million on television ads which aired over 3,000 times.

“We are seeing more advertising in 2020 than we have seen in 2016,” Erika Franklin Fowler, the project’s director, told Newsy.

Add in super PAC dollars, and pro-Biden television spending swelled to over $15 million.

“Even if we include those, Trump still has a large on-air advantage in most media markets.”  Fowler added.

Sure enough, in the same period, President Trump’s campaign spent upwards of $31 million, and aired ads over 50,000 times.

Outside groups contributed another over 10,000 airings of pro-Trump ads.

“2020 has shaped up to be a banner year for advertising overall,” Fowler said.

According to data from Advertising Intelligence, the Trump campaign airs a greater variety of ads than Biden.

In the last month, the president’s campaign ran at least nine different ads over the past month, versus only three unique ads by the Biden campaign.

“Joe Biden, even though he's [had a] longtime career in politics [and was] Obama’s vice president, still needs to reintroduce himself to the American people,” he said.

In a polarized world, television ads, which typically play during local news broadcasts, are meant to appeal to the most general audience possible.

“Local TV still remains still one of the best ways, if not the best way, to reach a geographical specific audience and to have broad reach,” Goldstein added.