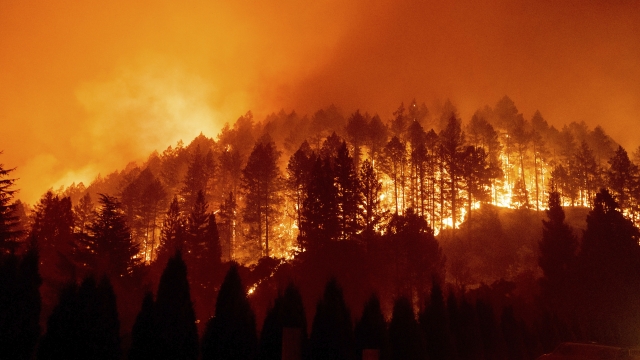 In a statement Friday, Gov. Gavin Newsom said that President Trump said he approved the state's Major Disaster Declaration request during a phone call between the two men.

Neither Newsom nor the Trump administration addressed the president's change of stance. President Trump had denied the request for millions of dollars in disaster relief just two days earlier. The money reimburses a share of state firefighting and emergency response costs and helps with disaster clean-up.

A White House spokesperson said the president originally sided with a FEMA official — who declared the state could handle the damage on its own.

California officials have been warning that time is running out to clean up the fire debris. If it's  left over the winter, the damage could cause mudslides and contaminate local watersheds. Fires in the state this year have burned more than 4 million acres and killed 31 people.