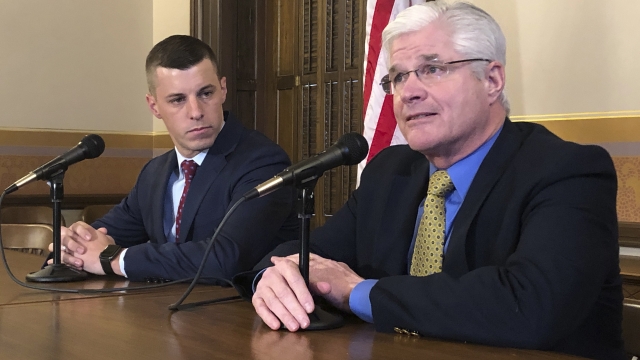 President Trump is having a meeting with Michigan lawmakers in a last-ditch attempt to overturn the results of the election he invited Speaker of the House Lee Chatfield and Senate Majority Leader Mike Shirkey to the White House today. A video was taken of Shirkey getting swarmed at the Ronald Reagan national airport today.

"Where is the evidence? Will you honor the will of Michigan voters?" one woman asked.

The president has tried to convince republican lawmakers in battleground states not to certify the election results there, and effectively, trying to convince them to appoint their own electors who would give him the votes from that state.

It's certainly unprecedented, but both Chatfield and Shirkey have hinted they will not overturn the count.

Again, the facts here so far are President-elect Biden won Michigan by more than 154,000 votes, and despite the Trump campaign's claims, there's no widespread evidence of voter fraud and multiple legal actions have failed in that state.

The president's actions have drawn criticism within his own party. Sen. Mitt Romney accused him of trying to subvert the will of the people, saying, "It is difficult to imagine a worse, ... more undemocratic action by a sitting American president."