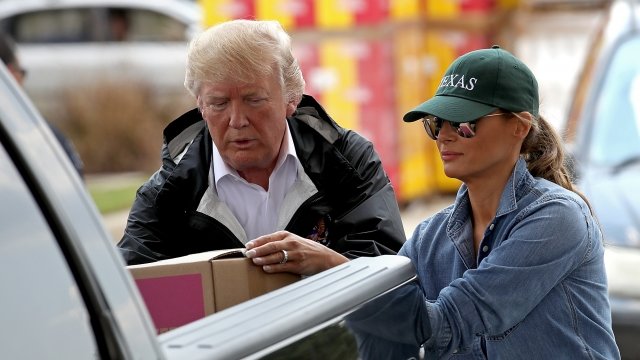 Less than a week after President Trump visited Harvey-hit Texas, he went back.

Trump landed in Houston on Saturday to survey damage from Harvey and meet with survivors — a shift from his first trip, where he mainly met with state and local officials.

That's because that trip was planned to avoid heavily flooded areas so that first responders could continue to help victims.

Trump received some criticism for his actions during the first trip. The pool report said Trump gave a "rally type speech" in front of his supporters and offered "no mention of the dead, dying or displaced Texans and no expression of sympathy for them." 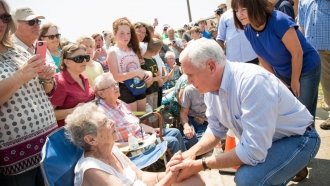 "He'll be able to go into Houston, which he was not able to do on Tuesday. ... He'll have the chance to meet extensively with quite a few storm survivors," press secretary Sarah Huckabee Sanders said.

Trump isn't a stranger to disaster relief efforts. While campaigning in 2016, he handed out supplies to flood victims in Louisiana.

While speaking to victims Saturday, the president congratulated Texas Gov. Greg Abbott on the cleanup effort and said he expects the Lone Star State to recover quickly.

"They say 'two years, three years.' I think that because this is Texas, you'll probably do it in six months," Trump said.