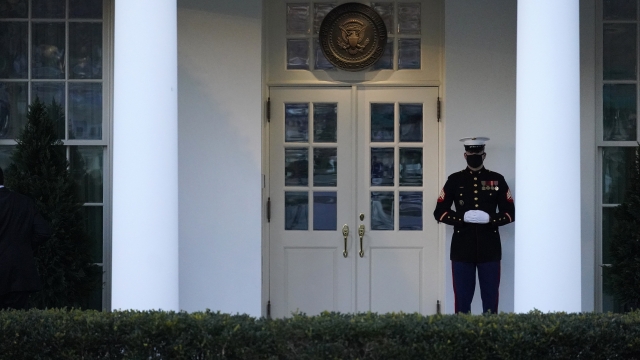 This week the president signed several executive orders and memos, including one bolstering a ban on U.S. investments in China and another that encouraged federal agencies to buy American-made goods. President Trump also touted his administration's military achievements in a tweet-like statement on Thursday, saying: "It has been a great honor to rebuild our military and support our brave men and women in uniform. $2.5 trillion invested, including in beautiful new equipment—all made in the U.S.A."

But President Trump is doing all of this out of sight. Some of his advisers are reportedly urging him to lay low to avoid giving lawmakers any more ammunition to use against him in an impeachment trial.

In fact, It's Vice President Mike Pence who is doing more public-facing duties. He attended a briefing on inauguration security at FEMA headquarters and will crisscross the country this weekend delivering remarks to members of the military in California and New York.