President Trump Wants To Delay The 2020 Census. But Can He Do That? 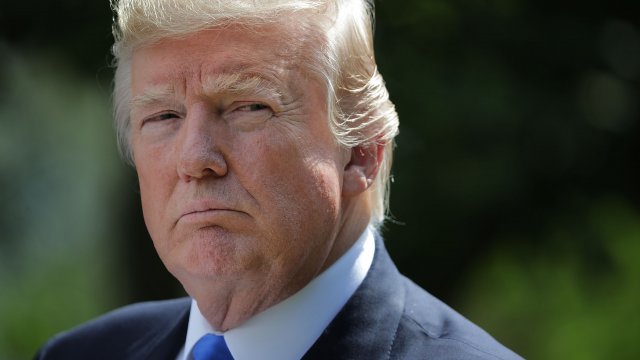 SMS
President Trump Wants To Delay The 2020 Census. But Can He Do That?
By Stephanie Sandoval
By Stephanie Sandoval
June 27, 2019
The president said he asked lawyers if the census can be delayed after the Supreme Court said his administration can't include a citizenship question.
SHOW TRANSCRIPT

After the U.S. Supreme Court ruled the Trump administration can't – at least for now – include a citizenship question on the 2020 census, President Donald Trump is looking to see if the census can be delayed.

On Twitter Thursday, President Trump called it "ridiculous" that a citizenship question can't be tacked on and said he's asked lawyers if his administration can delay the census.

So, the question is: can the census be delayed? In order to answer that, we have to go back to the Constitution. According to Article 1, Section 2, the government must count the country's population every ten years.

The Census has come out every decade since the first one in 1790, but the Constitution doesn't say when exactly the census must be conducted during the 10th year. Starting in 1930, Census Day has been on April 1, which is when data is collected for the census.

The census is used to count the country's population and to determine the number of seats each state has in the U.S. House of Representatives. Many people are worried adding a citizenship question to the census would decrease participation in the survey. But, the Department of Justice argues adding the question will help better enforce the Voting Rights Act. However, the citizenship question has been included in the census before, but it hasn't been part of the census since 1950.

It's important to note the Census Bureau can't share survey answers that identifies an individual with federal immigration authorities until 72 years after it's collected.

If the Trump administration wants to delay that deadline to try to add the citizenship question, the Commerce Department will have to come up with a different explanation and present it to the lower court for them to decide if it's valid or not.