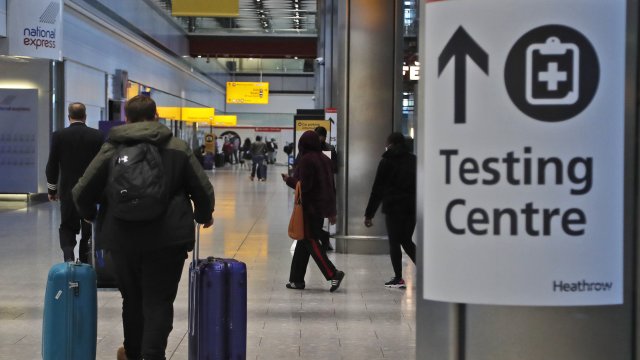 A ban on European travelers has been in place since mid-March while a ban on travel from Brazil went into effect back in May.

President Trump signed an exemption yesterday but it will not take effect until next week on January 26th. That's Tuesday. It's the same day that the CDC is going to start requiring all international travelers to either present a negative COVID-19 test or proof that they have recovered from the virus before boarding their flight to the U.S.

President-Elect Biden is taking office Wednesday. What was his response to this executive order?

Once in office, Biden would have the legal authority to reverse President Trump's order and reimpose those travel restrictions. And that is what he plans to do according to Jen Psaki, his spokeswoman.

She tweeted with the pandemic worsening and more contagious variants emerging around the world, this is not the time to be lifting restrictions on international travel.

She went on to say that the Biden administration will strengthen public health measures around international travel even further. But she didn't specify how it plans to do so.