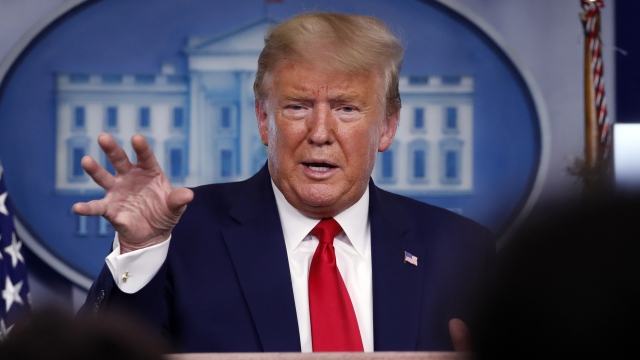 The president tweeted on Tuesday, "It should be VERY BIG & BOLD, Two Trillion Dollars, and be focused solely on jobs and rebuilding the once great infrastructure of our Country!"

Asked at a press briefing later Tuesday how he would pay for the plan, President Trump said, “We’re going to borrow the money at zero-percent interest.” Lawmakers on both sides of the aisle have jumped on board to support the idea.

Pelosi said that such a deal could include more direct payments to individuals for coronavirus relief. She'd also like it to support nationwide expansion of broadband internet.

Republican Sen. Kevin Cramer wrote in an op-ed for Fox News Tuesday that he agrees an infrastructure bill would help the nation recover from coronavirus damages. But, the North Dakota lawmaker said he doesn't want to "start making massive policy changes that reflect political extremes."

Cramer suggested Congress start with a highway bill that was passed unanimously out of a Senate committee.