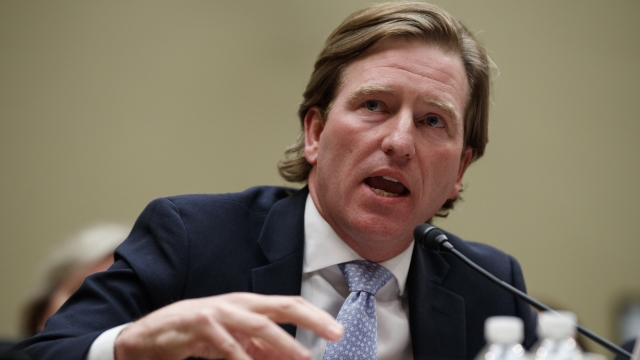 Democrats have come to Chris Krebs' defense, as have some of President Trump's political appointees.

President Trump has fired the head of a federal agency tasked with protecting elections from cyberattacks.

Chris Krebs leads the Cybersecurity and Infrastructure Security Agency, which the president signed into law in 2018.

"The days and weeks just before and after Election Day are the perfect time for our adversaries to launch efforts intended to undermine your confidence in the integrity of the electoral process," said Krebs in a CISA video.

But the work put him at odds with the president, who continues to sow doubt and spread disinformation.

"This is a fraud on the American public. This is an embarrassment to our country. We were getting ready to win this election. Frankly, we did win this election," President Trump told a crowd on November 3rd.

That was one concern Rumor Control addressed as it spread online, saying election officials regularly remove dead people from voter rolls based on death records shared by state vital statistics agencies and the Social Security Administration.

His termination comes as numerous organizations call the election “the most secure in American history.” Some democrats have come to Krebs’ defense. And so have some of President Trump’s political appointees, including Ben Hovland:

"What we've seen with Rumor Control, it's been a great service, again, because what we're trying to talk about here in elections are facts and truth," Ben Hovland, chairman of the Election Assistance Commission, tells Newsy. "Hats off to Director Krebs, he's done a great job."

A quirky and respected leader in cybersecurity policy who previously worked at Microsoft, Krebs recently retweeted a rebuke of President Trump on Twitter and even used his socks to promote accurate election information. A source inside the agency tells Newsy his departure is “a huge hit.”

One of his greatest accomplishments: bridging the divide between the federal government and states, which run elections.

"In those early days, there was a bit of a rocky start. There was a lot of confusion about what the relationship would look like. Director Krebs, he brought in the right people and really made a difference," Hovland says.

It comes after the departure of Assistant Director Bryan Ware -- the White House reportedly asked for his resignation -- and the firing of Defense Secretary Mark Esper.