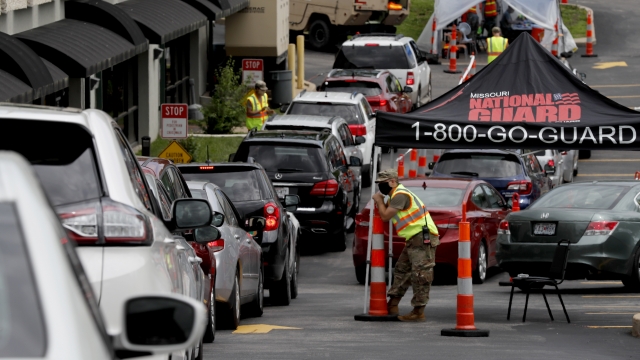 Last week the president ordered the National Guard to end deployment of members assisting with coronavirus testing and setting up field hospitals.

President Trump says he is extending the deployment of the National Guard to help states fight the coronavirus.

On Twitter Thursday, President Trump wrote: "The men and women of the National Guard have been doing a great job fighting the coronavirus. This week, I will extend their Title 32 orders through mid-August, so they can continue to help states succeed in their response and recovery efforts."

There are about 46,000 Guard members across the country assisting with testing for the virus and setting up field hospitals. The Defense Department says the National Guard response to the coronavirus has been the largest domestic deployment since Hurricane Katrina in 2005.

Last week, the Trump administration caught backlash from lawmakers when it announced it would be ending the deployment of Guard members as of June 24. The move would have left many of those service members with only 89 of the 90 days of service required to qualify for early retirement and education benefits.

The federal government is covering the cost of the National Guard's coronavirus efforts, which can cost up to $9 million per month per 1,000 troops mobilized, according to the National Conference of State Legislatures.