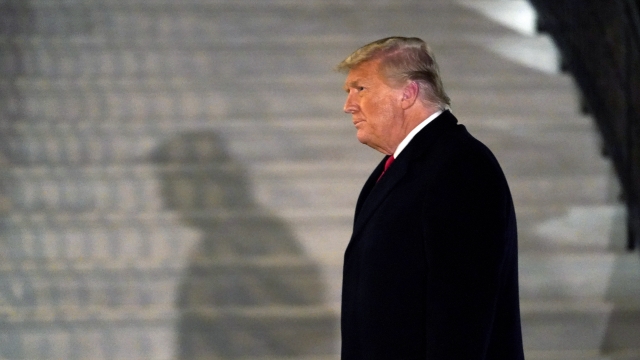 SMS
President Trump Expected To Issue Around 100 Pardons, Commutations
By Jay Strubberg
By Jay Strubberg
January 18, 2021
He has floated the idea of pardoning himself but reports give no indication he plans to follow through with it.
SHOW TRANSCRIPT

President Trump is expected to issue more pardons before he leaves office this Wednesday. The president is reportedly considering 100 pardons and commutations.

He's floated the idea of pardoning himself but reports give no indication that he plans to follow through on it. And aides have advised him not to because of the optics.

Sen. Lindsey Graham has also warned him not to pardon the pro-Trump extremists who stormed the Capitol, saying it would "destroy President Trump."