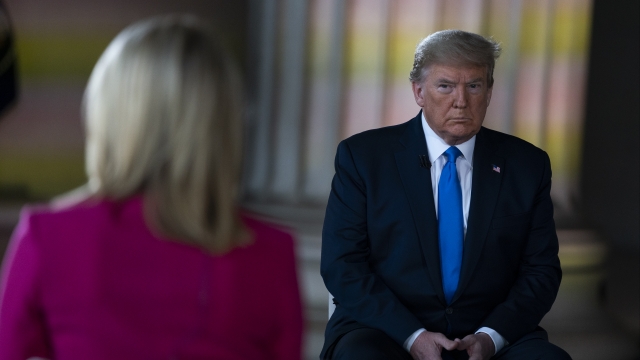 The president shared this number during a virtual town hall with Fox News on Sunday while discussing the country's shutdown and plans to reopen the economy in the weeks ahead.

"We're going to lose anywhere from 75, 80 to 100 thousand people. That's a horrible thing, we shouldn't lose one person over this. This should have been stopped in China. It should have been stopped. But if we didn't do it, the minimum we would have lost is a million-two, a million-four, million-five that's the minimum. We would have lost probably higher, it's possible, higher than 2.2," President Trump said.

The president's figures mark an increase from the 60,000 deaths he estimated in April, and he acknowledged that the death toll "goes up and it goes up rapidly." As of Monday morning, nearly 68,000 deaths have been recorded in the U.S.

President Trump's remarks Sunday follow comments made earlier in the day by White House coronavirus response coordinator Dr. Deborah Birx, who told Fox News that projections of 100,000 to 240,000 deaths have always been maintained.