What President Trump Is Doing With His First White House Paycheck 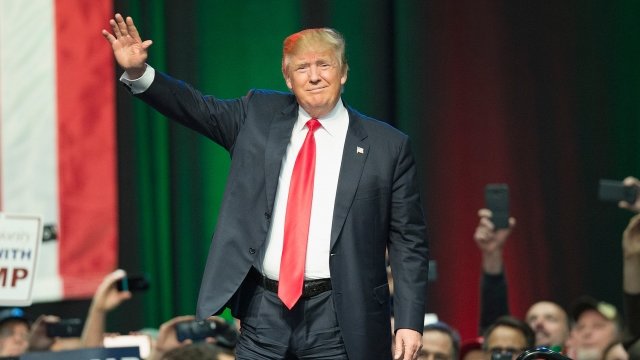 When you're already a billionaire, the presidential salary doesn't seem like much. That's likely why President Donald Trump is donating his.

The White House announced Trump's donation to the National Park Service in April, but now we know where it's going specifically.

The NPS said that Trump's first-quarter salary of about $78,000 will go to the Civil War memorial Antietam National Battlefield in Maryland. It will help restore some of the battlefield's structures.

Antietam National Battlefield is the site of the deadliest single-day battle in U.S. history. Some foundations and an anonymous donor added money to Trump's contribution as well, increasing the total donation to over $260,000.

Interior Secretary Ryan Zinke said he was "honored" to deliver the donation to the park and said his visit "underscores the importance of why we must preserve these historic grounds."

Despite Trump's donation, his proposed budget would cut $350 million from NPS funding. Trump also has yet to nominate a director of the National Park Service.