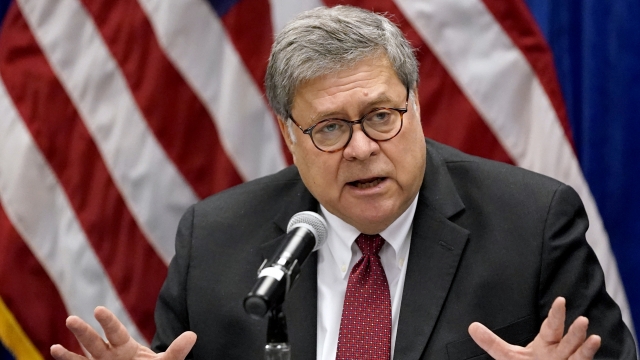 President Trump: "They haven't looked very hard, which is a disappointment, to be honest with you. Because it's massive fraud — whether you go to Wisconsin, where we just filed a case. Or Michigan, or if you look at what's happening in Georgia as an example, or Pennsylvania..."

Reporter: "Do you still have confidence in Bill Barr?"

President Trump: "Uh, ask me that in a number of weeks from now."

There are reports that President Trump is considering firing Barr.