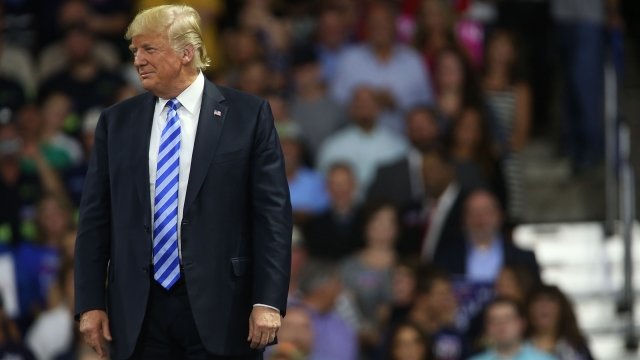 President Donald Trump is speaking out about his role in payments his former attorney Michael Cohen made to two different women, allegedly on his behalf.

Trump attempted to clarify where the payments came from and what he knew about them in an interview with "Fox and Friends" on Wednesday.

The president first said that he knew about the payments "later on," before insisting that the payments came from him and not his campaign.

Cohen testified Tuesday that he arranged the payments to adult film star Stormy Daniels and former Playboy model Karen McDougal at the instruction of an unnamed candidate.

The payments totaled nearly $300,00 in all, well above the federal limit for individual campaign contributions.

In Tweets on Wednesday, the president claimed Cohen's campaign finance violations are not a crime, before writing, "If anyone is looking for a good lawyer, I would strongly suggest that you don’t retain the services of Michael Cohen!"