What Trump Said After The Deadly School Shooting In Florida 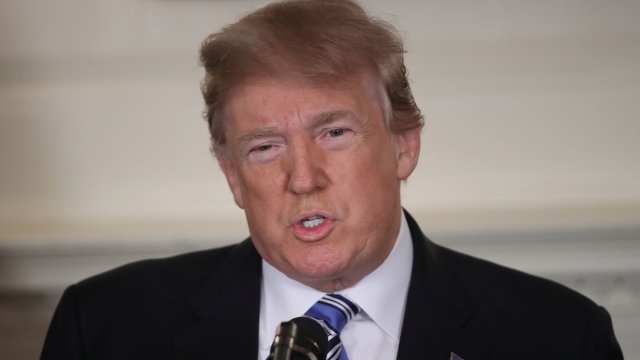 President Donald Trump addressed the nation a day after a gunman opened fire at a Florida high school and killed 17 people.

"No child, no teacher should ever be in danger in an American school," President Donald Trump said. "No parent should ever have to fear for their sons and daughters when they kiss them goodbye in the morning."

Trump thanked first responders, teachers and law enforcement for what they did in the wake of the shooting. He also offered words of support to the people affected.

"Your suffering is our burden also," Trump said.

"We are committed to working with state and local leaders to help secure our schools and tackle the difficult issue of mental health," Trump said.