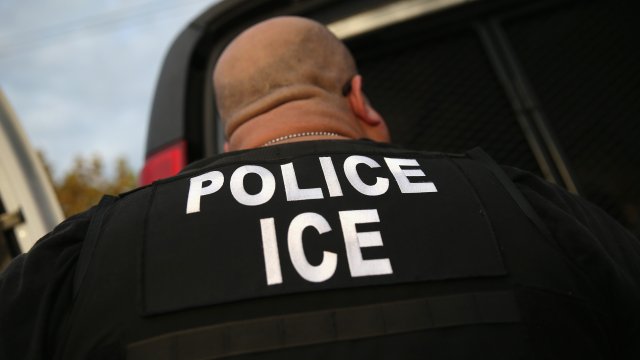 The raids were expected to begin in 10 U.S. cities on Sunday. President Trump said Saturday the delay comes "at the request of Democrats" and is aimed at finding a solution to the "Asylum and Loophole problems at the Southern Border."

An unnamed official told CNN that any arrested families will stay in ICE "residential detention" while the agency works with consulates to get travel documents.

President Trump tweeted the first information about the raids on Monday, saying: "Next week ICE will begin the process of removing the millions of illegal aliens who have illicitly found their way into the United States. They will be removed as fast as they come in."

In a statement released on Friday, ICE said it would not share any "specific details" until the operations are finished. But the agency is reportedly planning on detaining families who have already gone through legal proceedings and received court-ordered removal requests. That number is reportedly around 2,000 people.