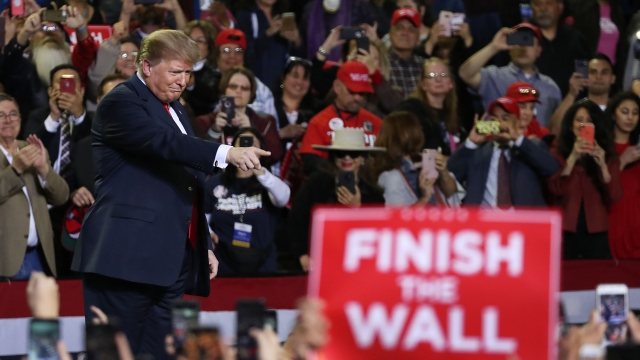 This step allows the president to access certain government funding to pay for a border wall without going through Congress.

The White House said it plans to take more than $600 million from the Treasury Forfeiture Fund and up to $6.1 billion from the Department of Defense. The money from DOD comes from an anti-drug program and military construction projects.

Lawmakers from both sides of the aisle criticized the decision to declare a national emergency.

House Speaker Nancy Pelosi called it a "power grab by a disappointed President." The head of the House appropriations committee said the president's action "willfully ignores Congress’ refusal to fund his wasteful border wall," calling it a "political vanity project."

A number of Republicans spoke out against the declaration before it was signed Friday. Sen. Rand Paul tweeted that "extraconstitutional executive actions are wrong, no matter which party does them." Sen. Susan Collins said the administration should have worked through the normal appropriations process and said it "sets a bad precedent for future presidents."

The national emergency is expected to draw significant legal challenges.