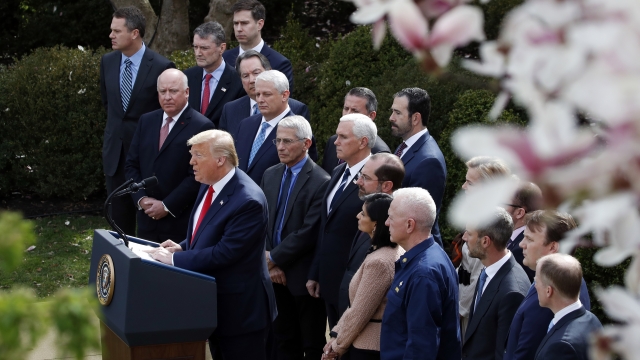 "To unleash the full power of the federal government, with this effort today I am officially declaring a national emergency," President Donald Trump said.

The announcement lets the White House temporarily waive a number of regulations in an attempt to make access to medical care easier.

"The ability to waive laws to enable telehealth. ... It gives remote doctors visits and hospital check-ins the power to waive certain federal license requirements so that doctors from other states can provide services in states with the greatest need. ... The authority to waive the rules that hinder hospitals ability to bring in additional physicians onboard," President Trump said.

During the Friday afternoon press conference, the president also talked about how the country plans to expand access to coronavirus testing.

Google has been working with the administration to launch a website that will help people determine whether they should be tested. That site will direct people to drive-through testing locations, if needed. A number of businesses are stepping up to help get those drive-throughs up and running, including Walmart and Walgreens.