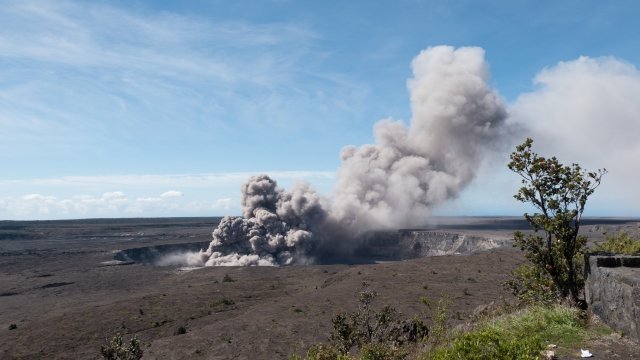 The declaration will make it easier for federal assistance to reach state and local recovery efforts.

The news comes as more Hawaiians near the volcano prepare for evacuations. The U.S. Geological Survey warned Wednesday that an explosive eruption could happen soon — though there's no way to tell when or if it will.

The lava lake at the summit of Kilauea continues to lower. If it drops below the level of groundwater beneath the caldera, a huge steam-driven explosion could occur. The USGS warns that could force projectiles ranging from pebbles to boulders out of the volcano. The debris would be expelled in all directions for over half a mile from the explosion site.

Kilauea began erupting over a week ago. Since then, lava has destroyed at least 25 homes and covered over 117 acres.