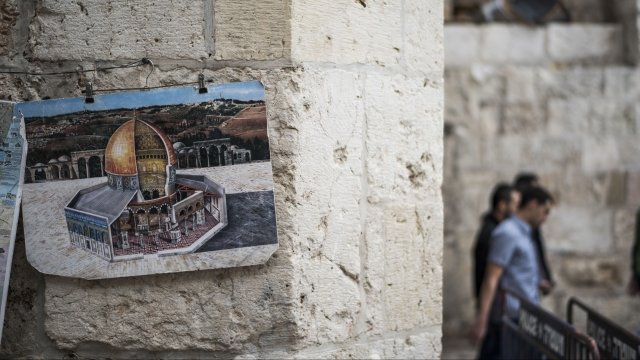 "If you could describe Jerusalem in one word, what would it be?" Newsy's Melissa Prax asked.

Jerusalem is a unique city — it holds great value and religious sites for Christians, Muslims and Jews alike. People who call it home have clashing visions for the city's future.

That includes a two-state solution ...

"The Jews have no more of a special right, and also no less than a special right, to have their own country, with all of the headaches and dysfunctions that having a country entails," Tcath said.

And a one-state solution.

"To have a place that is a secular state, that isn't focused on a Jewish majority or even a certain religious majority in any way, versus a minority of other religions or faiths or beliefs or political identity," said Nick, a member of the U.S. Palestinian Community Network.

Nick has concerns about getting clearance to enter Palestinian territories when he travels there in the future, so we've respected his request to omit his last name from this story.

But before we get into the one-state versus two-state solution question, what does Jerusalem look like?

Currently, Jerusalem is divided into East and West, a division maintained even after Israel got control in a 1967 war. Israel governs it all and has long viewed the city as its capital.

Palestinians have long considered Jerusalem their capital, too, but the U.S. doesn't recognize that claim. When Israel annexed the East side, many Palestinians already lived there.

The city's religious and political value makes decisions about its future complicated and divisive. And the conversation has been reignited by President Donald Trump's recent announcement that the U.S. would recognize Jerusalem as Israel's capital.

"It is time to officially recognize Jerusalem as the capital of Israel. ... I am also directing the state department to begin preparation to move the American embassy from Tel Aviv to Jerusalem," Trump said.

The decision in the U.S. has been a long time coming. A 1995 congressional act laid out the decision to move the U.S. embassy to Jerusalem and declare the city Israel's capital.

For the Israeli government, the decision felt long overdue, but plenty of European leaders have said they aren't on board with Trump's announcement.

"The view that Jerusalem is not Israel's capital is disingenuous. ... France, England, Spain and others criticizing the move also conduct their governed business with Israelis in Jerusalem," Tcath said.

For Palestinians, the physical act of moving the embassy and recognizing it as Israel's capital has heavy symbolism.

"One of the things that Donald Trump stated was that Palestinians need to accept the reality. ... There are huge settlements around the city of Jerusalem which cut it off from the West Bank. And accepting that as a reality is something I cannot do," Nick said. 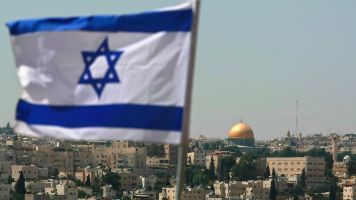 The United Nations has said settlements Israel has created in Palestinian territories break international law, which further complicates solutions for creating peace in the region and East Jerusalem.

"I have family there ... and the feeling itself, especially among the Arab community is welcoming and being home. ... At the same time, you're walking through the streets of Jerusalem and you're seeing military forces from the IDF (Israeli Defense Forces) with weapons standing at every corner and it also gives that sense of [hostility]," Nick said.

Pro-Palestinian protests in the region and across the U.S. were organized shortly after. And leaders from Islamic countries said they officially considered East Jerusalem as the capital of the Palestinian territories.

So, what's the future of Jerusalem? Well, it's closely tied to what happens to the Palestinian territories and Israel. Possible outcomes are usually generalized as a one-state or two-state solution. Supporters on either side don't fully have a consensus on how that would look.

"It is the hope that Jerusalem can be a source of unity, that it can be shared in some fashion with Palestinians and there is broad support for a creation of a Palestinian state. They have indicated they prefer to have their capital in what's referred to as the East side of the city. And if that's what the parties agree to in direct negotiations, then the American Jewish community in overwhelming numbers will support that agreement," Tcath said.

"Since the start of any issue regarding the building of the state of Israel, even before, Jerusalem's goal from the Palestinians was to be the capital of the state. A secular state that is open to all the community ... There was a time before where there was Jewish, Christian, Muslim community living together," Nick said.

The idea of a one-state or two-state solution comes with a lot of variables, like: Who would facilitate it? Or, would there be direct negotiations?

"The fact that people are talking about negotiations, having a peace process where two sides meet and discuss and resolve this, you're acting as if those two sides have equal power, which is not the case," Nick said.

"The best scenario for a lasting peace is one that's negotiated directly between the parties and not imposed by outside parties, be it America, the United Nations or the European Union," Tcath said.

Other issues with the ideas of one-state or two-state solutions: Where would possible lines be drawn, or would lines be erased completely? And what role would history and heritage play in land ownership?

But regardless of how those decisions are made, it's clear for those with a personal connection to the area that there is a deep love.

"It's a vibrant, breathing city, too often plagued by violence. But folks are determined to go about their lives day-to-day and not let those incidents or those responsible for violence deter their day-to-day activity," Tcath said.

"As a person who loves being there and loves spending time with my family there, despite the military occupation, despite having to go through checkpoints ... the fact that I'm in Palestine is something that is the most comforting thing in the world," Nick said.