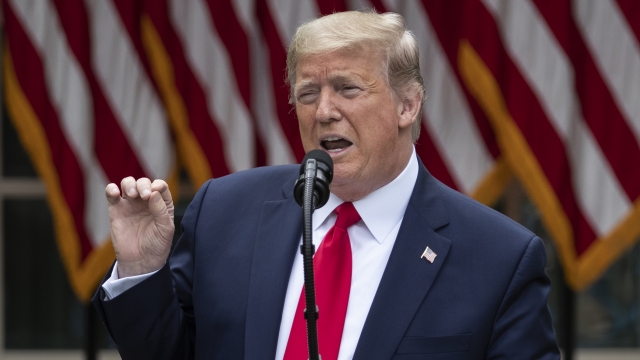 President Donald Trump announced the U.S. will cut its relationship with the World Health Organization, blaming China for the spread of the coronavirus.

The president has repeatedly criticized the agency's response to the coronavirus pandemic. On Friday, he said China has "total control" over the WHO despite China giving it less funding than the U.S.

"China's cover up of the Wuhan virus allowed the disease to spread all over the world, instigating a global pandemic that has cost more than 100,000 American lives and over a million lives worldwide," President Trump said. "Chinese officials ignored their reporting obligations to the World Health Organization and pressured the World Health Organization to mislead the world when the virus was first discovered by Chinese authorities."

The WHO, on the other hand, has said it gave world leaders a heads up early on and defended its response to the pandemic. It has also defended China's response.

It's unclear exactly how President Trump plans to pull funding from the WHO since most of the funding is approved by Congress.