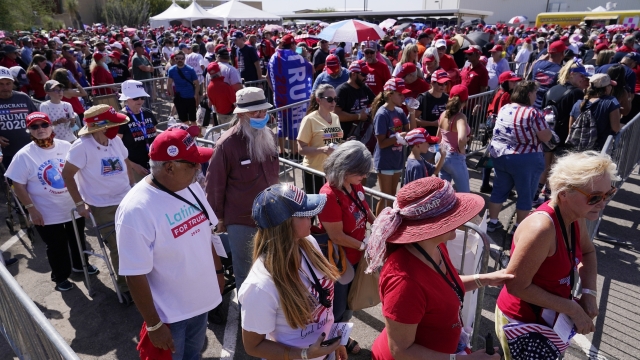 During his trip to Arizona Monday, President Donald Trump continued to criticize Dr. Anthony Fauci and insisted Joe Biden would listen too closely to the leading infectious disease doctor.

The president again falsely claimed he banned travel from China, when in fact he placed some restrictions on travel from certain parts of China to the U.S.

According to reports, during a call with campaign staff Monday, the president called Fauci a "disaster" and said Americans are tired of hearing from "these idiots."