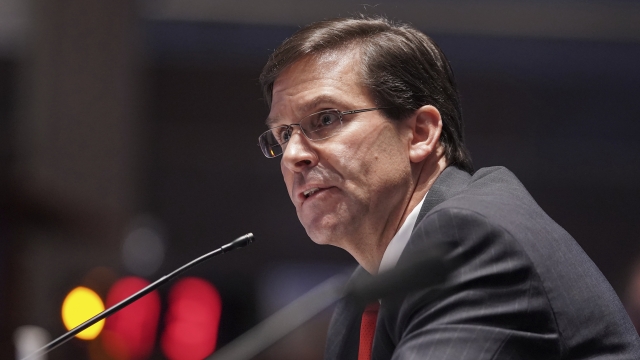 President Trump could replace Defense Secretary Mark Esper after the election according to multiple reports.

Esper and the president have split on several issues in recent months.

Esper said he opposed using federal agents against protesters following nationwide unrest. He also went against the president by issuing a de facto ban of the Confederate flag at military institutions.

A spokesman for the Pentagon told Newsy Esper, "continues that same commitment to duty, honor, and country today, recognizing that he serves the Nation and leads the men and women of this Department as Secretary of Defense at the pleasure of the president."

According to a Bloomberg source, Esper has told people close to him he intends to leave after the election —regardless of its outcome. He's held the role since July 2019. It's not uncommon for presidents to change up their administrations for their second terms.