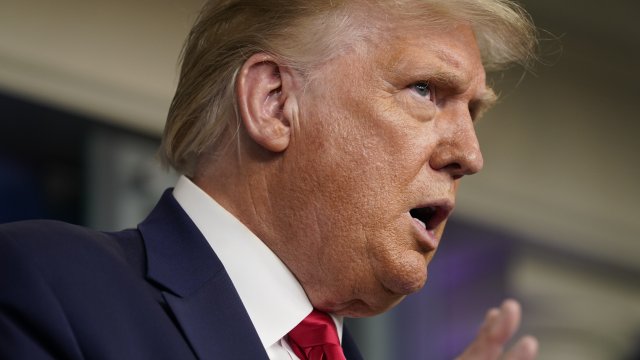 President Trump says he would consider granting pardons for some of the people implicated in Robert Mueller's Russia investigation.

The president made the comment to Sean Hannity on Fox News Thursday. He said, "I’ve looked at a lot of different people. They’ve been treated extremely unfairly, and I think I probably would, yes."

It's unclear who the president is referring to. A number of his associates were implicated in the probe, including Michael Flynn, who pleaded guilty to lying to the FBI; George Papadopoulos, who also pleaded guilty to lying to the FBI; Michael Cohen, who is serving time for financial crimes, campaign finance violations and lying to Congress; and Paul Manafort, who has been serving time for conspiracy and fraud.

President Trump commuted the sentence of his longtime adviser Roger Stone earlier this month — a week before Stone was set to head to prison for 40 months for lying to Congress, witness tampering and obstructing a congressional committee proceeding.