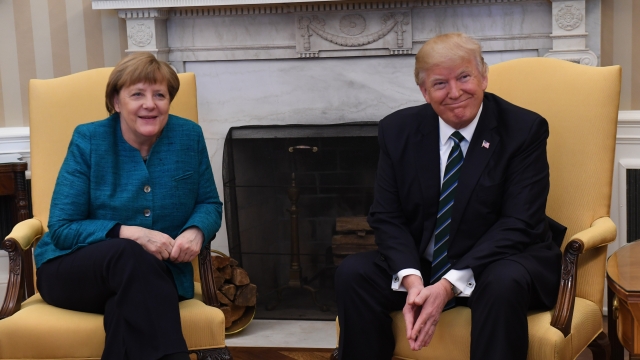 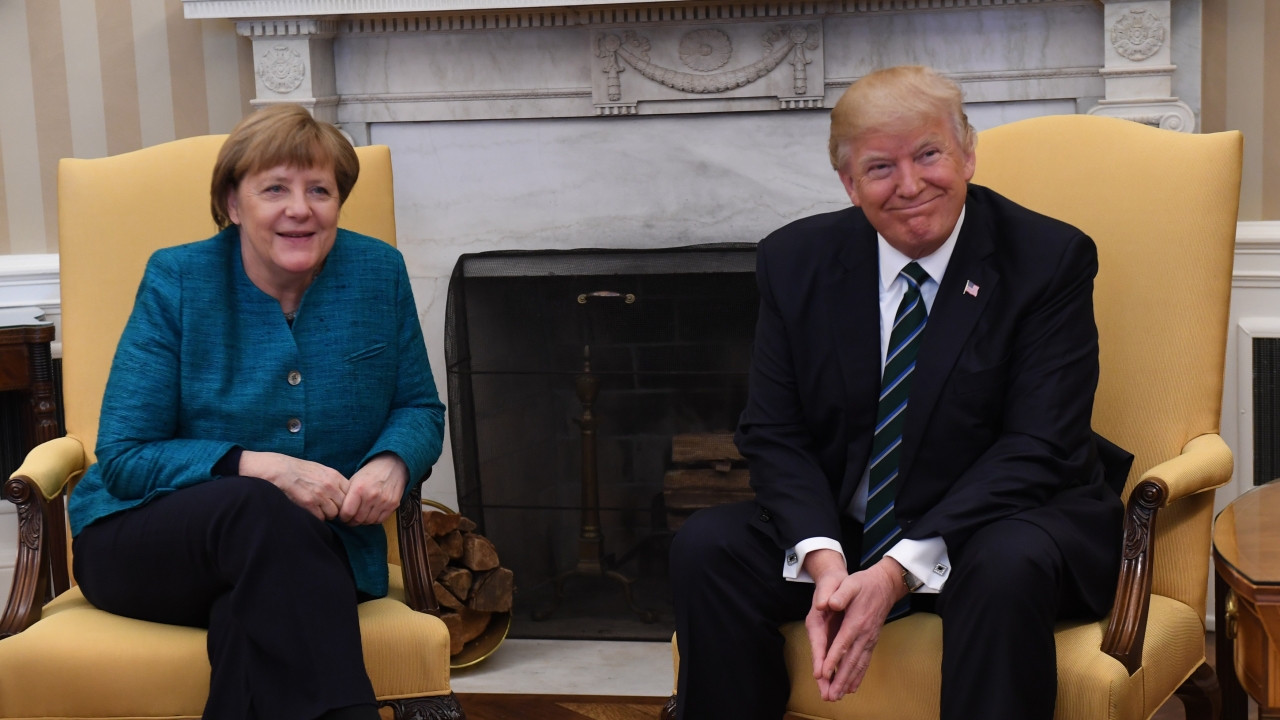 President Donald Trump is making headlines again for his behavior during a photo op with a foreign leader. 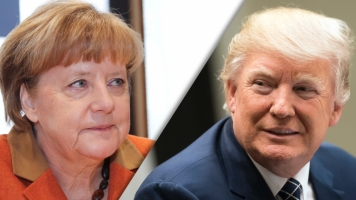 It Might Be Their First Meeting, But Trump And Merkel Have A History

During the photo op, Trump seemed to ignore photographers and German Chancellor Angela Merkel's requests for a traditional handshake photo.

It's worth noting that Trump and Merkel did shake hands when she first arrived at the White House. 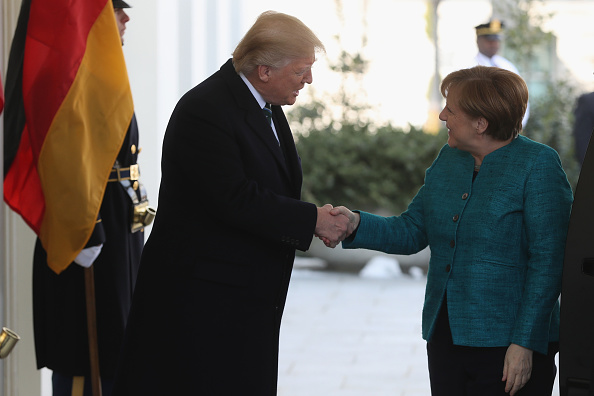 It's also possible Trump simply didn't hear the requests for a handshake — but the president and chancellor's relationship hasn't exactly been friendly since he took office.