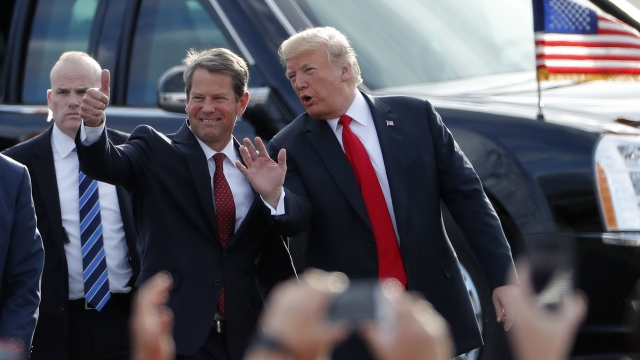 Nearly one month after the presidential election, President Trump is still refusing to accept the results, particularly in Georgia. The state turned blue for the first time in nearly 30 years.

"Everything has to be approved by the legislature and they had judges making deals and they had electoral officials making deals, like this character in Georgia, who's a disaster, and the governor (Brian Kemp) has done nothing," President Trump said. "He's done absolutely nothing. I'm ashamed that I endorsed him."

President Trump endorsed Kemp in 2018 in his race against Democrat Stacey Abrams. In January, two runoff elections in Georgia will determine the fate of the U.S. Senate.

President-elect Biden beat President Trump by nearly 13,000 votes in the state. Georgia is one of the states where the president is baselessly claiming election fraud.