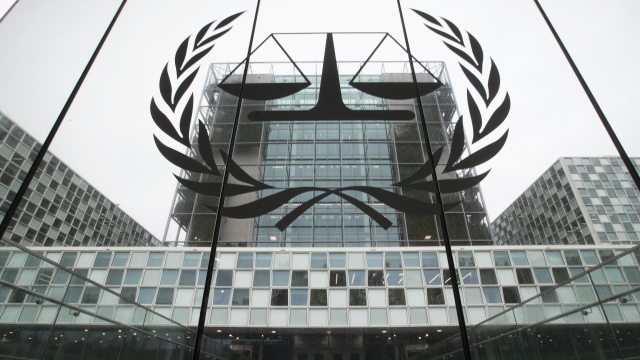 A Thursday news release from the White House said the new sanctions affect any ICC officials "directly engaged with any effort to investigate or prosecute United States personnel without the consent of the United States."

The order also expands visa restrictions against sanctioned officials and their families.

The press release says the move is meant to "protect American service members."

In late 2017, the ICC's prosecutor asked to open an investigation into alleged war crimes in Afghanistan committed by the Taliban, Afghan National Security Forces, and U.S. military and intelligence personnel.

The U.S. says it shouldn't be investigated because it isn't part of the ICC. But an appeals judge ruled in March that the investigation can move forward because the potential crimes took place in Afghanistan, which is a member.

U.S. Secretary of State Mike Pompeo said Thursday that ICC prosecution would "make a mockery of due process."

He said: "There's no requirement for unanimity for a conviction. The prosecution can rely on hearsay to obtain a conviction. There's no real guarantee of a speedy trial. Instead of facing a jury of one's peers, it's a panel of judges who aren't subject to any American accountability."

There's a lot of debate about whether the ICC's standards align with the U.S. Constitution. Human Rights Watch reports the only American right that isn't accounted for in the ICC is the right to trial by jury, which is why the U.S. didn't join in when the court was established in 2002.

Justice Department Senior Counsel Amy Powell outlined a few reasons that that right's not part of the ICC back in 2004: First, much of the world doesn't use the jury system, so using one in an international court could look like favoritism toward countries that use it. Second, it'd be "theoretically difficult" to select the jury. And third, the process of empaneling a jury could be "expensive and politically thorny."

A former State Department legal adviser said the ICC's due process rights are "if anything, more detailed and comprehensive than those in the American Bill of Rights." Those rights include presumption of innocence, a right to legal counsel and protection against double jeopardy.

Editor's Note: This story has been updated to include more context.