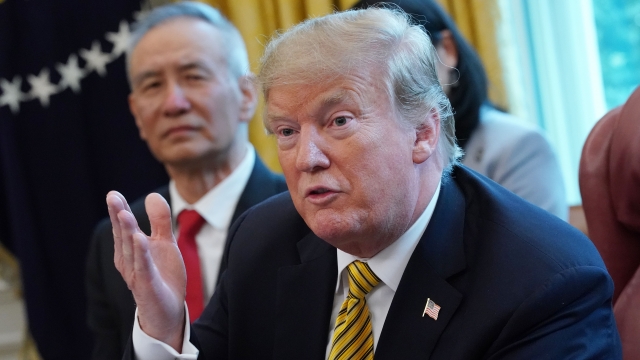 President Donald Trump announced Friday that the U.S. has agreed to a "phase one" trade deal with China.

In October, President Trump announced the general outline of the "phase one" deal. The administration previously said the deal does not address issues with Huawei Technologies, the Chinese tech giant blacklisted by the U.S. government. But it's not clear whether that's still the case.

Bloomberg reports the deal delays new tariffs on $160 billion in Chinese imports. Those tariffs were scheduled to take effect Sunday. Some current U.S. tariffs would also be cut in half.

President Trump says the countries "will begin negotiations on the Phase Two Deal immediately, rather than waiting until after the 2020 Election."