President Trump And Kim Jong-Un To Meet In Hanoi, Vietnam For Summit 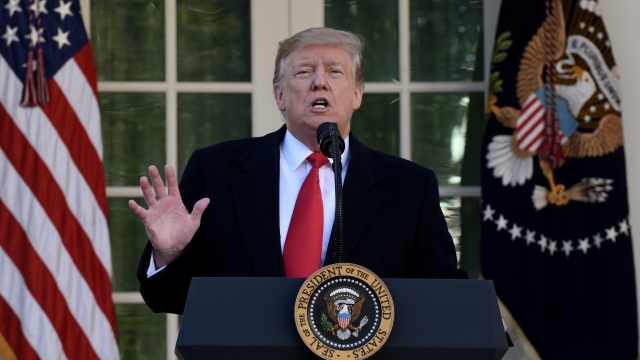 President Donald Trump and North Korean leader Kim Jong-un will meet in Vietnam at the end of the month for their second summit.

The president tweeted Friday the two leaders will meet in Hanoi, Vietnam. This comes just days after he announced the summit will take place on Feb. 27 and 28.

Other possible locations that were considered included Hawaii and Thailand. But The New York Times pointed out that Vietnam is a strong contender because it could be seen as "a political and economic model for North Korea to follow." The U.S. and Vietnam re-established diplomatic relations two decades after the end of the Vietnam War and now it's one of America's strongest trading partners.

Their first meeting, which took place in Singapore back in June, ended with a pledge to denuclearize the Korean peninsula. But later negotiations stalled somewhat over sanctions. North Korea wanted those sanctions lifted as a goodwill gesture, but the Trump administration said it will only lift sanctions when North Korea completely denuclearizes.

The president has yet to publicly divulge what's on his agenda for the meeting, but a top U.S. envoy to North Korea seemed to indicate previously that President Trump is willing to formally end the Korean War.