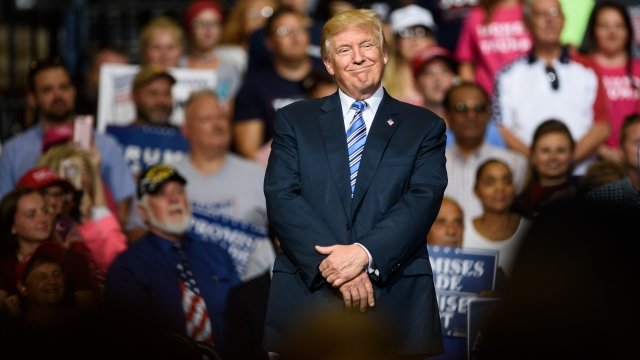 By Eugene Daniels
August 21, 2017
The president's re-election effort seems to be going full-steam ahead — a few years early.
SHOW TRANSCRIPT

President Donald Trump isn't even a full year into his presidency, but his sights already seem to be set on 2020. The president and his team are currently planning a fundraising tour in the fall to start filling his campaign coffers.

Trump is headed for some big-money states like Texas and New York but also swing states like Nevada, as he hopes to snatch up tens of millions of dollars. The tour is just part of the larger effort already underway for the next presidential election.

If all of this sounds like it's a bit early, that's because it is. But that shouldn't be surprising considering who Trump is. He filed papers declaring himself a 2020 candidate at the beginning of the year, even though the announcement wasn't official. For comparison, President Barack Obama and President George W. Bush didn't file with the Federal Election Commission until the third year of their presidencies; April 2011 and May 2003 respectively.

Declaring lets the president hire staff and raise money and gives him more flexibility in what he can talk about at events and rallies. It also lets him get contact info from attendees to help build the voter database.

The Trump campaign is still operating out of Trump Tower in New York and has organized seven rallies since the president was inaugurated. And Trump's first re-election fundraiser was in June at his Washington, D.C., hotel — a move campaign ethics experts have criticized. 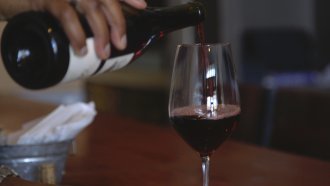 This Wine Bar Could Force Trump To Release His Tax Returns

White House aides are also starting to track Trump's possible opponents and assume the left will produce a large field. But eyes are also set on the right — especially, Ohio Gov. John Kasich who's been critical of the president at every turn.

But most of the logistical re-election work is being led by the Republican National Committee. From sending out news releases attacking possible 2020 Democratic contenders like Sens. Kamala Harris and Cory Booker to already sending operatives to battleground states around the nation.

Trump, unlike most politicians, really seems to like campaigning — especially the rallies. It's where he seems to be most at home, and tens of thousands of people chanting for him probably gives him a boost. But campaigning this early can also be an attempt to get political ammo.

The president has historically low approval ratings, weekly controversies and has yet to sign any major legislation. But a roaring re-election campaign with donations rolling in and fervent crowds can give the Trump camp something to point to, even with all the bad press.