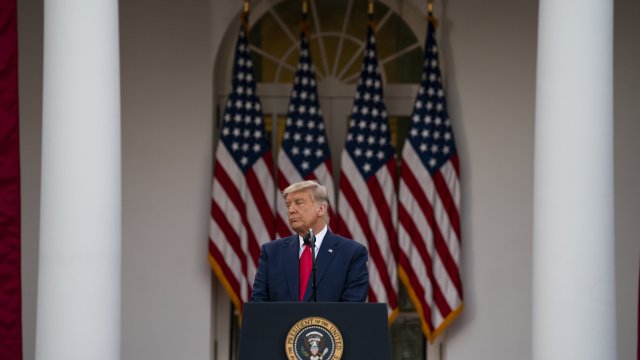 And President Trump is once again falsely claimed he won the election.

He admitted on Twitter that Joe Biden won the election, but only because it was "rigged."

Twitter flagged the tweet, and the president shows no signs of conceding, even though there is no path for his reelection.

Earlier today, Biden says the president's refusal to concede could be deadly for Americans: "More people may die if we don’t coordinate. ... It’s important that there be coordination now.”