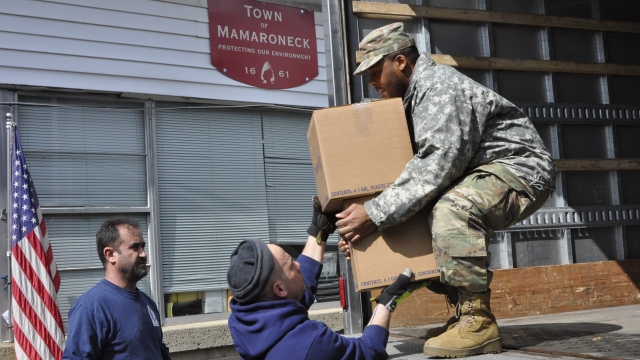 SMS
President Trump Activates National Guard In Three States
By Meg Hilling
By Meg Hilling
March 23, 2020
Supplies such as masks, gloves and respirators are also being sent to those states.
SHOW TRANSCRIPT

According to the president, the Federal Emergency Management Agency will fund the entire cost of sending National Guard units to these states. Supplies such as masks, gloves and respirators are also being sent.

Guard units in more than 20 states have already been activated to support coronavirus response efforts.

The units will reportedly assist in setting up these medical stations. The confirmed case number in the U.S. is now more than 35,000, according to Johns Hopkins University.