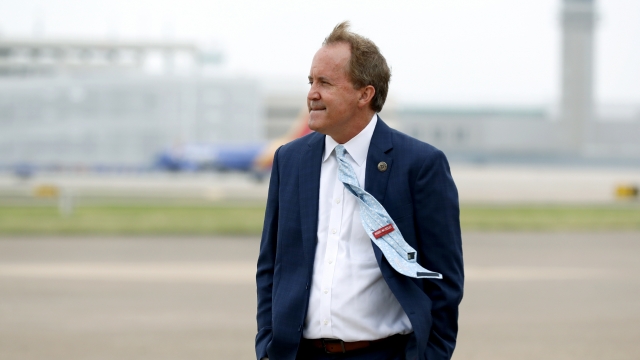 Paxton is challenging changes to the voting process in Georgia, Michigan, Wisconsin and Pennsylvania. Legal experts say the case is a long shot.

But if granted, it could end up flipping the states' electoral votes to President Trump, changing the outcome of the election.

The Supreme Court would first need to agree to hear the case. The four states have until 3 p.m. eastern today to respond to the filings.

Michigan's attorney general says she doesn't think the court will hear the case because the issues have already been litigated.

"You have the Texas AG trying to disenfranchise the votes of some 39 million people who live in these 4 other states that the Texas AG does not represent. 21 million people voted in those states each and every one of those states of course went for Joe Biden. And yet, the Texas AG is seeking to set aside all that and to allow to have our Republican legislature basically substitute their votes for that of those million and millions of people who voted in their states and overturn the will of the people."