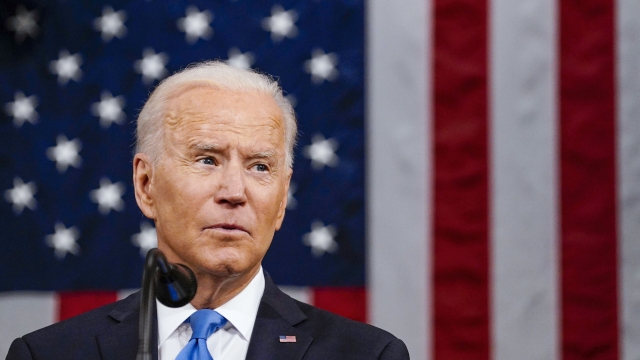 President Biden is turning his attention to a family and childcare plan one day after unveiling a $1.8 trillion proposal.

"We can't be so busy competing with each other that we forget the competition is with the rest of the world to win the 21st century," he said. "To win that competition for the future, we also need to make a once-in-a-generation investment in our families and our children."

The president, first lady and vice president are kicking off what they're calling the "Getting America Back on Track" tour.

They'll highlight the progress made in combating COVID-19 during the administration's first 100 days.

The second gentleman and cabinet officials will also join them.

President Biden says his American Families Plan would be paid for over 15 years if the American Jobs Plan is also passed.

Here's what's included in the former: Two years of free preschool for three and four-year olds and two years of free community college. It would make child care more affordable by determining how much families need to contribute based on their income. Childcare would be fully covered for low-income Americans. The plan expands the summer EBT and school meal programs. It also creates a national paid family and medical leave plan. The plan expands health care tax credits, extends the child tax credit increase through 2025 and increases the top tax rate from 37 to 39.6 percent.