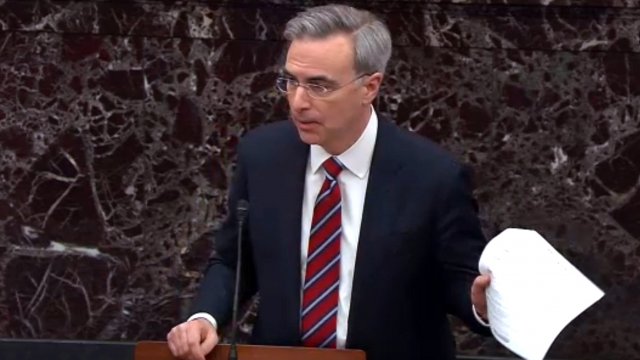 "We believe that when you hear the facts and that’s what we intend to cover today— the facts— you will find that the president did absolutely nothing wrong," said Pat Cipollone, White House Counsel.

The defense team kept arguments short pledging a more detailed defense next week, when they think more Americans will be watching.

"There is absolutely nothing wrong with asking a foreign leader to help get to the bottom of all forms of interference in an American presidential election,” said Mike Purpura, Deputy White House Counsel.

Saturday began with House managers delivering their entire case -- tens of thousands of pages in binders -- to the Senate.

Now, democrats are plotting their next step -- for witnesses.

They will need four Republican Senators to vote with them.

According to a new ABC News / Washington Post poll, 66% of Americans support calling new witnesses in the trial. But a slim majority of Americans believe President Trump should not be removed from office.

The impeachment trial will continue Monday at 1pm ET on Newsy.