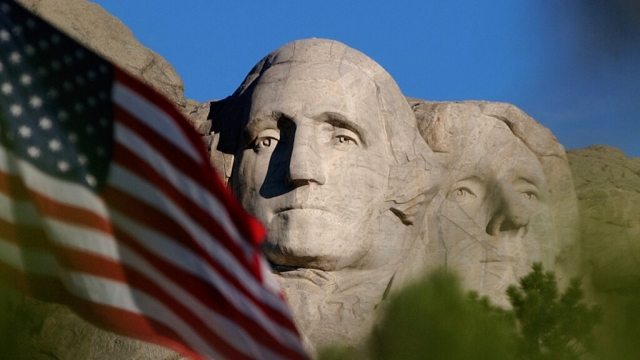 President Donald Trump will headline a fireworks show at Mount Rushmore National Park on Friday — an event experts warn poses risks for both attendees and the environment.

The pyrotechnic display is expected to draw 7,500 spectators, even as cities across the country cancel planned July Fourth events as new coronavirus cases soar.

South Dakota's Republican Gov. Kristi Noem told Fox News there would be no social distancing, instead telling attendees to "focus on personal responsibility."

"We told those folks that have concerns that they can stay home. But those who want to come and join us, we'll be giving out face masks if they chose to wear one. But we won't be social distancing," Noem said.

That's frustrating for health experts, who worry the event could be a so-called superspreader.

"That will absolutely create opportunities for spread, and so I think that there is certainly a concern there," said Stephen Kissler, a research fellow in the department of immunology and infectious disease at the Harvard School of Public Health.

As of July 1, 93 people in South Dakota have died from the coronavirus, according to Johns Hopkins University.

And it's not just the coronavirus that poses a threat. Mount Rushmore is surrounded by a forest of highly flammable Ponderosa pines, and former park officials say an unusually dry summer has greatly increased the risk of wildfires in the area.

Bill Gabbert, the former fire management officer for Mount Rushmore, told NPR that the area surrounding the landmark "is generally a tinder box this time of year, and right now, they're in a drought."

President Trump has lobbied for the event despite the warnings.

"I said, 'You mean you can't have fireworks because of the environment?' 'Yeah, environmental reasons.' I said, 'What can burn? It's stone,'" President Trump said during remarks at the White House in January.

A spokeswoman for the National Park Service told Newsy: "The incident management team is assessing wildfire risk each day. … The event will be held based on appropriate weather, security and wildland fire conditions prior to the event."

This is the first fireworks event at Mount Rushmore since 2009. Park officials canceled the fireworks in 2010 due to concerns over wildfires, traffic congestion and groundwater pollution from fireworks.