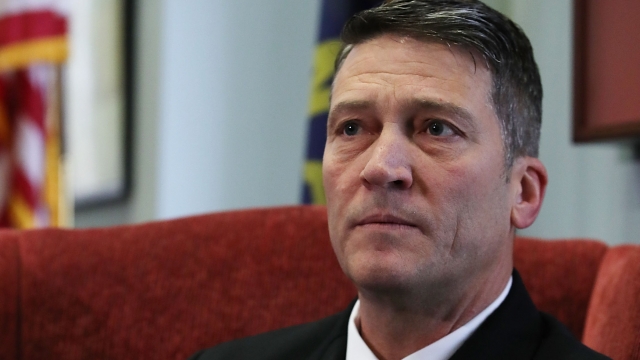 Rear Adm. Ronny Jackson, President Donald Trump's former physician, is going to serve as assistant to the president and chief medical advisor, according to the White House.

Jackson already has a history of serving in the White House. He was former President George W. Bush's White House physician starting in 2006 and continued to work in that role under the Obama and Trump administrations until last year.

But Jackson is facing a Department of Defense investigation into misconduct claims against him. Those allegations include that he promoted a hostile work environment, drank on the job and over-prescribed medication.

Last year, President Trump nominated Jackson to head the Veterans Affairs Department, but Jackson withdrew himself from consideration at the end of April after the allegations surfaced, though he denies any wrongdoing.

Jackson also resigned as the commander-in-chief's personal doctor but stayed on as part of the White House's medical staff.

Jackson drew public skepticism when he announced the President's physical exam results last year and claimed that the president was in, "excellent health," despite revealing that President Trump has a common form of heart disease and is borderline obese.

The president also re-nominated Jackson for a military promotion and a second star on Saturday, but according to CNN he is unlikely to be considered for it until the Pentagon's probe is over.