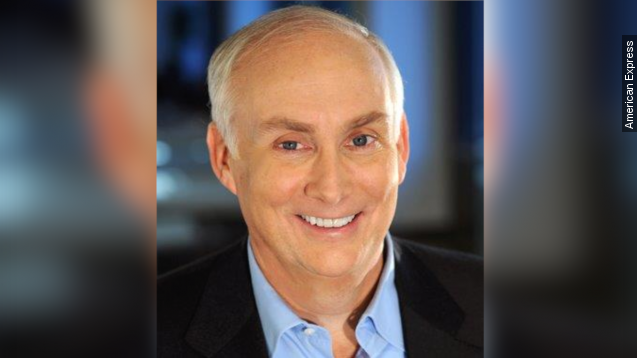 American Express president Edward Gilligan died after collapsing on a flight from Japan to New York Friday. He was 55.

A company spokesperson said Gilligan suffered an apparent heart attack during the flight.  The plane made an emergency landing in Green Bay, Wisconsin and Gilligan was later pronounced dead at a nearby hospital.

Gilligan became president of American Express in 2013, and had been tagged as a possible replacement for CEO Kenneth Chenault.

“Gilligan is also mentioned as one of the executives who could step in in the event Chenault stepped down, or a possible successor,” said CNBC’s Mary Thompson.

His passing comes at a difficult time for American Express.

“Revenue fell short of expectations. It fell on the quarter from the previous year,” said Bloomberg’s Elizabeth Dexheimer.

The company cut ties with retailer Costco in February after a 16-year partnership, a move that rattled its consumer base and shaved eight percent off its share price at the time. (Video via Consumer Reports)

That same month it lost an antitrust lawsuit from the Justice Department, over rules a judge found deprived consumers of lower-cost payment methods.

Succession specialist Jeffrey Cohn told The Wall Street Journal the board now has work to do. Companies don’t typically have a plan for replacing the president: just the CEO.

Gilligan is survived by his wife and four children.

This video includes images from American Express and Marcus Quigmire / CC BY SA 2.0.